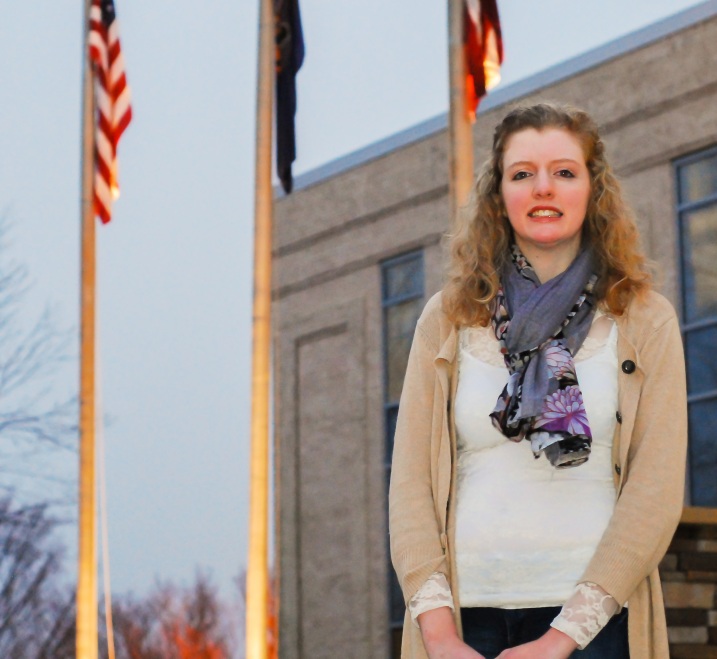 “I wasn’t ready to move on to a four-year college right away [after high school]. Being here has just really helped me become more responsible. I’ve grown a lot and learned a lot about myself,” she said.  “I could take classes and see what my interests were. In my second semester I took my Human Services classes and I ended up just falling in love with that and that’s how I chose my major.”

Emily will graduate with an associate’s degree in human services and a concentration in gerontology in May 2012. She plans to take summer classes at MCCC to finish a second associate’s degree in Liberal Studies. Then she’ll transfer to Chestnut Hill College in the fall to pursue a bachelor’s degree.

“Chestnut Hill does a dual partnership with MCCC. They accept up to 70 credits, so I’ll be able to start as a junior and not be pushed back down she said.”

While enrolled full-time in classes, Emily works part time at Shannondell, a retirement community in Audubon, where she serves in the dining department, assisting the residents to their tables, bringing their orders and helping in whatever capacity is needed

“I love it there. I love the residents and I love what I do,” she said. “I love talking to [the residents] and listening to their stories. You find out so much from them that you never would have known because they have a whole other life that they lived before they came here.”

Emily earned Bushey Scholarship, offered by the residents at Shannondell, for her tuition at MCCC. She was also the recipient of the Allen C. Meyers Scholarship for academic excellence through MCCC’s Foundation for two consecutive years. Both scholarship awards serve as a testament to her hard work both at school and at Shannondell.

“I want to work as an activities director in a retirement community or nursing home and plan and organize all sorts of activities for the residents,” she said.

An internship at Shannondell helped her “experience what that was like.” But it also made her think seriously about becoming a therapist.

“I really like working with people and being able to help them. You just get such a good feeling out of it.”